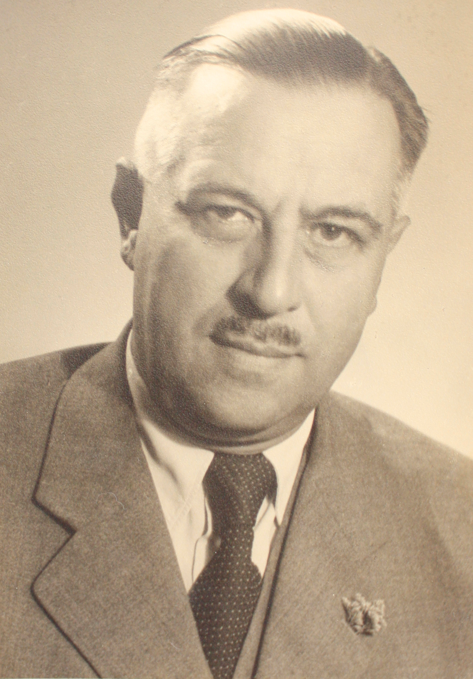 How it all began In 1925, Willy Demuth, Sc.D., who had learned entrepreneurial thinking from his father, founded a business for the production of fruit juice in the middle of his family’s orchards in his hometown Katlenburg. He named it after himself: Dr. Demuth. At times, however, some of the apple juices developed their own will and started to ferment in their casks. Being presented with the challenge, to make something out of this new product, Dr. Willy Demuth created the first KATLENBURGER sparkling apple wine. The young businessman saw the success of his newly-developed drink, which became an immediate sales hit, as a sign: Perhaps he could create something similar with wine from other fruit and berries? Before long, the range of KATLENBURGER products had been extended to a broad selection of sparkling wines and fruit wines made from all kinds of fruit like pear, cherry, currant, and blueberry. And that was just the beginning! 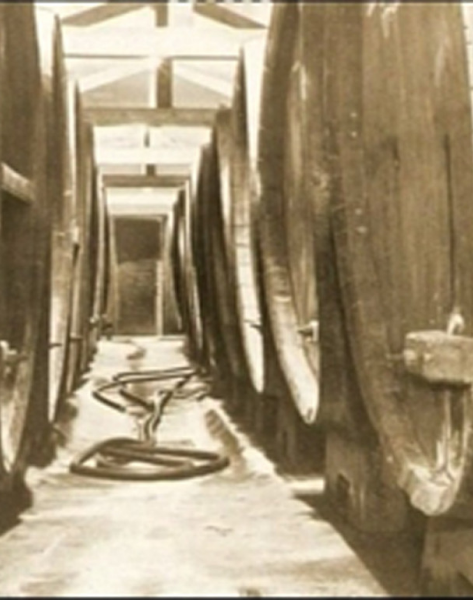 Dr. Willy Demuth, the founder of the Katlenburger winery, was married to an imaginative young physician. This woman turned out to be an important “innovation engine” for the success of the family business. After studying old scripts and testing traditional natural remedies, Marie Demuth explored the healing powers of hawthorn berries (Crataegus oxyacantha). The results were turned into a recipe that contained hawthorn berries as the main ingredient and the tonic was named “Catlenburger Clostertrunk” (Catlenburger Cloister drink).

Medical research back in 1940 (and up to the present day) supported the positive effects that hawthorn berries have on the human heart. Without any advertisement, the Clostertrunk became known throughout the whole country. Even the military hospitals ordered the remedy with the result that the winery was declared a “Wehrwirtschaftsbetrieb” (defence economy business) and was, therefore, able to continue the production of beverages. That way KATLENBURGER was in a position to secure its existence even during the harsh times of war. 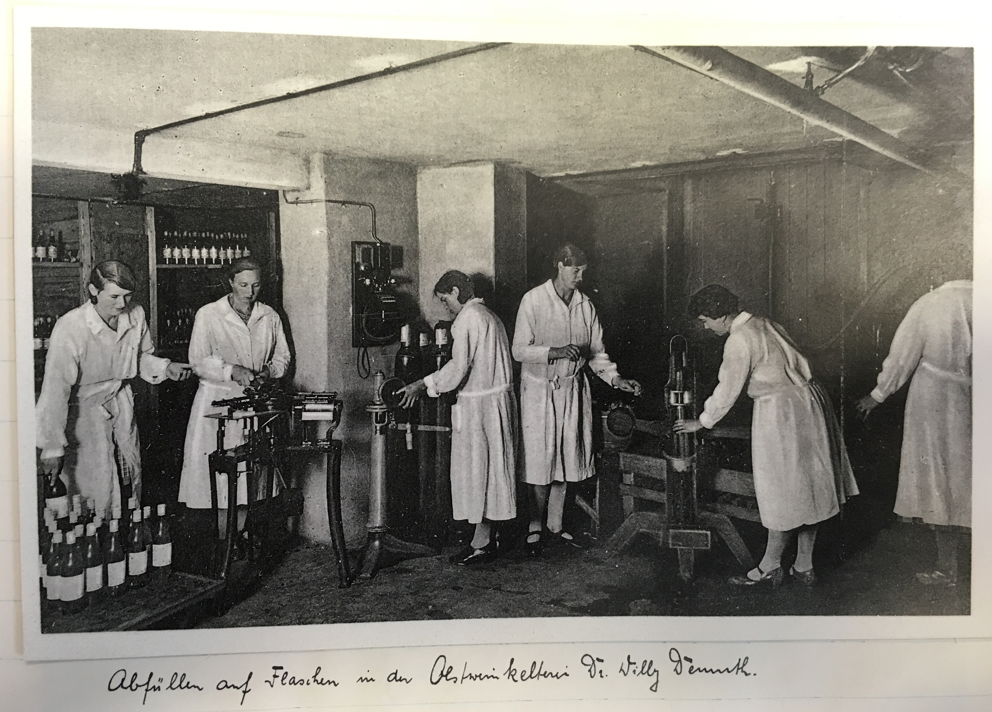 Another creation from these early days (from 1927, to be exact) was the sparkling strawberry wine, which continues to shape our winery even today. For forty years, “Erdbeer-Sekt” had been produced exclusively by KATLENBURGER. And even after other wineries became aware of the potential of the sparkling cult drink, the KATLENBURGER winery for fruit wines was able to hold its position in the market by continually paying attention to quality and branding. Today it’s forbidden to use the term “Sekt” for sparkling fruit wine, but our fizzy fruit wine, now known as “Erdbeer Secco”, is still extremely popular. 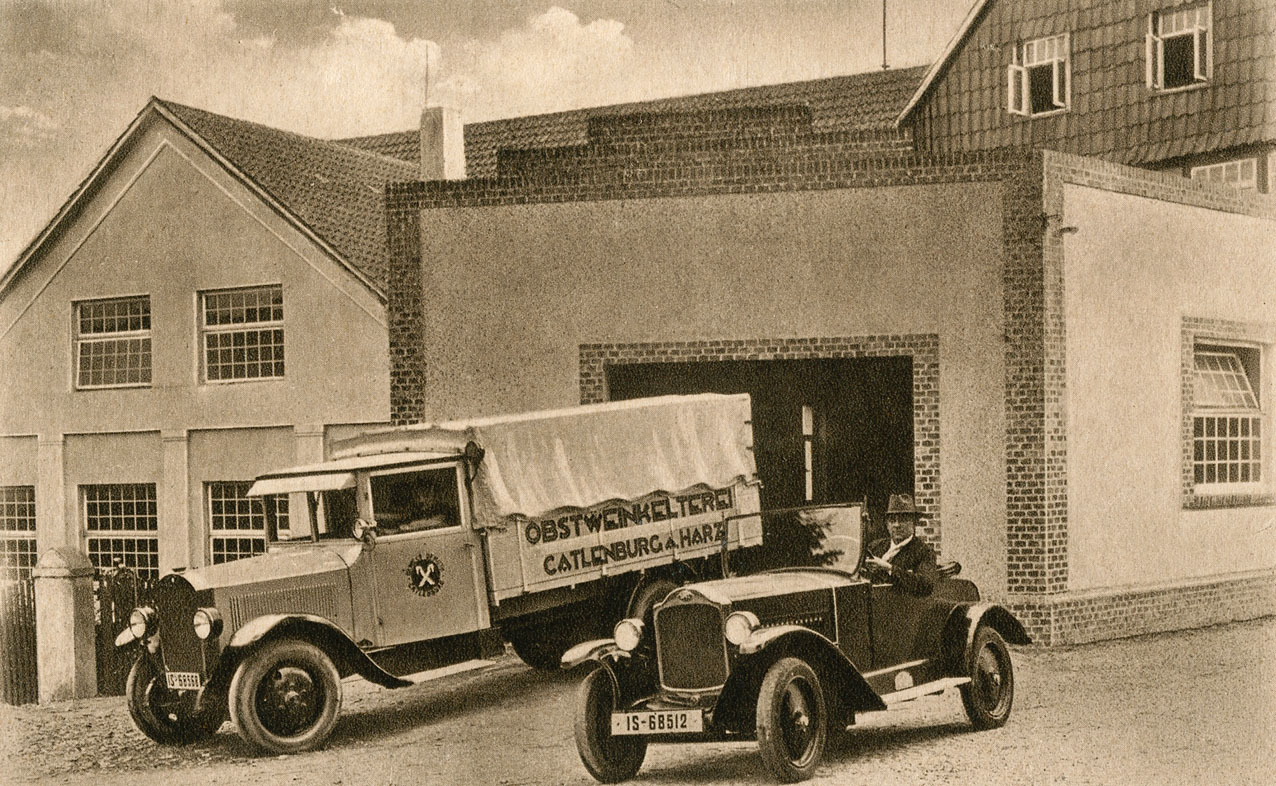 The post-war years, like the war itself, shaped the history of the KATLENBURGER winery. Because there was nothing to buy for money, but much offered for fruit wines, the “Pförtnerstube” (gatekeeper’s parlour) of the family business grew into a centre of creative exchange activities. The gatekeeper accepted wild berries and garden fruit (such as currants, raspberries or strawberries) as well as a pair of boots or a cooking pot and handed out an appropriate amount of fruit wine. Those who also brought berries or fruit and didn’t want any alcohol in exchange took the boots and pot instead.

That way KATLENBURGER’s fruit wines became a surrogate currency of sorts in northern Germany. The unusual phenomenon soon roused the interest of several artists, who, in collaboration with the bustling head of the Katlenburger winery, soon founded a little theatre in the middle of the town. Suddenly, Katlenburg not only bottled a valuable currency but also possessed a theatre where famous artists performed their plays. Many a story from that time is still told in Katlenburger homes. 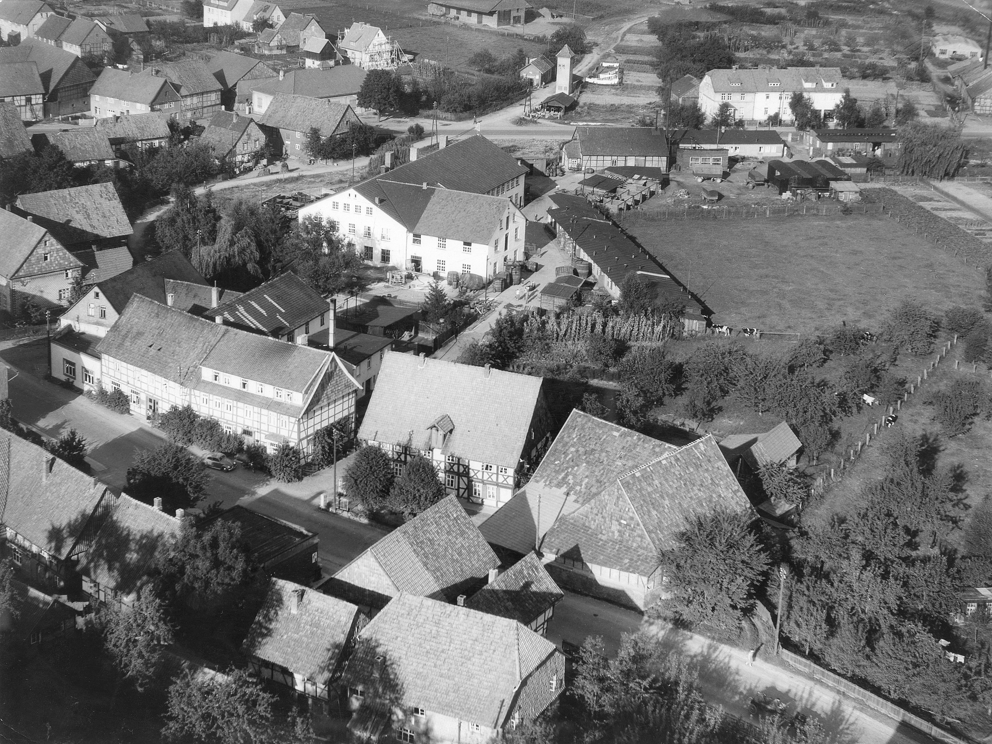 In the 1960s, the next generation prepared to take over: Dr. Günter Demuth joined the family business. Together with his father he modernized the whole company, saw to an increase in production and bottling capacity and refined the production methods at the same time.

The fermentation process of the fruit juices was now controlled and monitored technically, which made it possible to create lighter wines with less alcohol. Despite an increasing number of competitors in this era of economic advancement, the two Dr. Demuths managed to strengthen and expand the position of the brand leader. Dr. Günter Demuth used the success of KATLENBURGER fruit wines and invested in operations and product development: All the outdated wooden casks and tanks were replaced by more sanitary containers made of stainless steel.

From that point onwards, the bottling process was fully automatic, and fizzy as well as still fruit wines could be bottled simultaneously on two production lines. In the company-owned laboratories, a new type of fruit wine-based beverages was invented: trendy cocktails made from naturally cloudy fruit juices from overseas. Right in the middle of this boom, the founding father of KATLENBURGER’s, Dr. Willy Demuth, died in 1984 at the age of 86, followed by his wife Marie shortly afterwards.

Well prepared into the new millennium

The founding family of KATLENBURGER’s used the last ten years of the twentieth century for a thorough structural change: As the grandson of the founding father and first child of Dr. Günter Demuth, Klaus Demuth, joined the family business, representing the third generation. The company was again updated to meet the growing demand for KATLENBURGER products. The “wine cellar” as the centre of the fruit wine production had to be radically expanded and renovated in order to keep pace with the improved bottling capacities. Additionally, the mechanical bottling-machines were replaced by electronic high-performance facilities that guaranteed the production of up to 200.000 bottles of our popular wines per day.

At first, the winery had been optimized for the German market, in particular, now KATLENBURGER’s began to target international markets and export as well. In order to meet the demands of the international customers, the company invested in operations and staff. The needs of these new markets needed to be understood, the products customized accordingly. By establishing friendly business relations and maintaining personal contact with the new customers, the founding family of Dr. Demuth gained the trust of a diverse international clientele. Due to these efforts, customers from all over the world appreciate the brand KATLENBURGER and the KATLENBURGER fruit wine products. 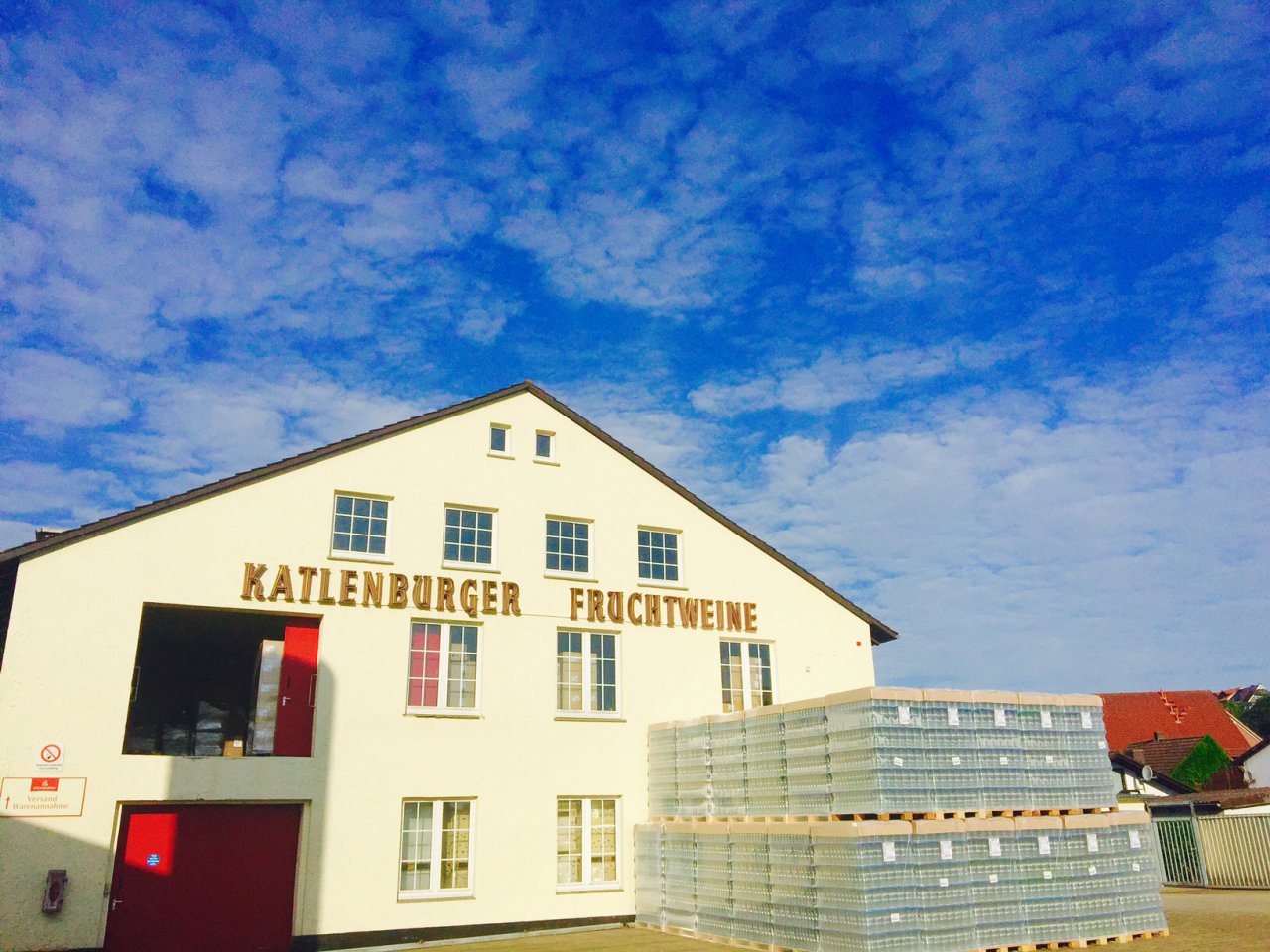 Today, we at KATLENBURGER’s continually work on developing and refining new product ideas and strategies. A new perspective determines the course of action in our family business: we focus completely on the customer and work closely with retail in order to get a better understanding of the desires and needs of the modern customer. In doing so, we are able to anticipate and meet demands more easily and efficiently.

Many promising fruit wines and cocktails developed in this way by the Demuth family, have turned out to be sales hits: our Chocosecco, a delicious combination of chocolate and Secco, made its way into the stores and supermarkets as well as into the hearts of customers. The same happened with Tropica, the exotic and refreshing mix of fruit wine and cocktail, the fruit wine punch, popular and classic, and the aromatic mead. Even the more traditional products like the cherry wine or the blackberry wine are continually growing in popularity.

We are especially delighted to find that KATLENBURGER products are increasingly consumed internationally, as well: beverages from the Katlenburger winery are sold in countries all over the world, be it fruit wine in Russia, youwell (Naschkätzchen) in Austria or even Multi Vita Vino in Japan and ErdbeerSchaumwein in Australia. 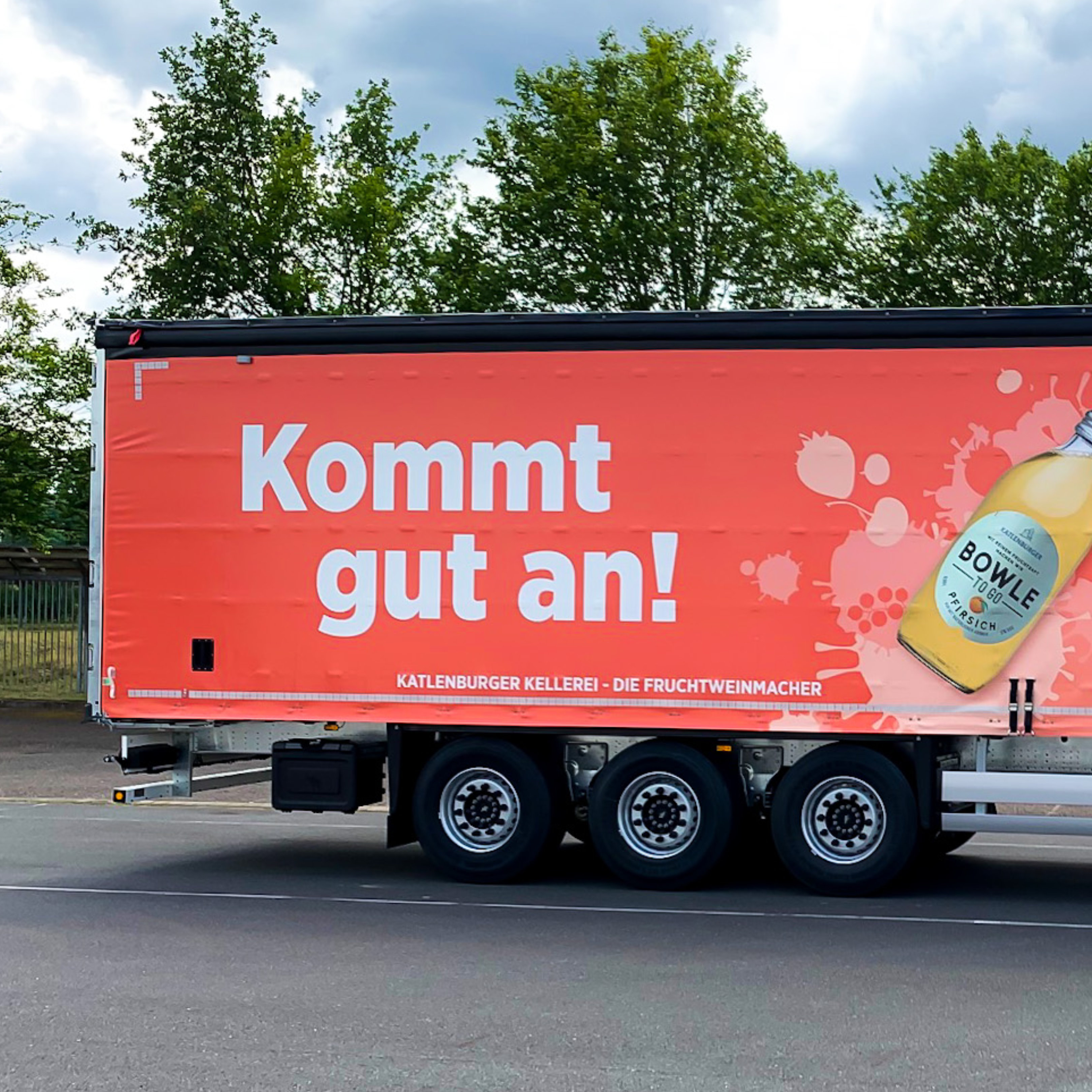 Fit for the future

Despite all our achievements, there is still a lot to be done: by developing the brand KATLENBURGER even further, permanently pursuing the best quality, working on new innovations and entering additional markets for export, we at KATLENBURGER’s are going to use the boom of the last years and intend to continue the success story with our fruit wines, cocktails, mead, fruit mulled wines and all the rest of our popular KATLENBURGER products.